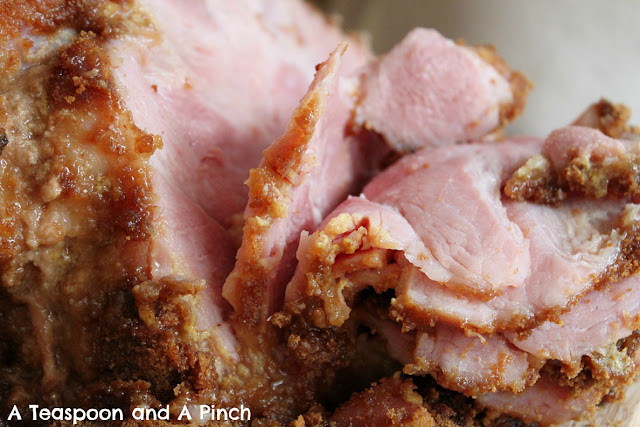 Easter Ham!  They're plastered all over the grocery ads and commercials right now, but you weren't quite sure what you'd do with one this year.  Right?  How about something a little different, but a lot delicious?  And easy, to boot?

Enter Alton Brown's "City Ham."  This recipe has been floating around in my head for - I kid you not - at least 7 years.  And I finally just got around to making it!  I'm not sure why on earth I stalled in making it; it's awesome stuff.  Bo even declared it the best ham he's ever had.  And I have to say, I loved that it was easy to make and didn't involve any guesswork.  But that's what's wonderful about Alton Brown's recipes; they are science-y and detailed and easy to follow.

It's a regular ham, covered with brown mustard, then layered with dark brown sugar, spritzed with bourbon, and then crusted with crushed gingersnaps.  It sounds like a lot, but the result is a moist ham with a sweet crust that has a hint and a nod to the mustard and gingersnaps.  It's yummy and it's easy and it's a fantastic change of pace from our traditional clove-spiked ham.  I'm definitely making this one for Easter from now on. 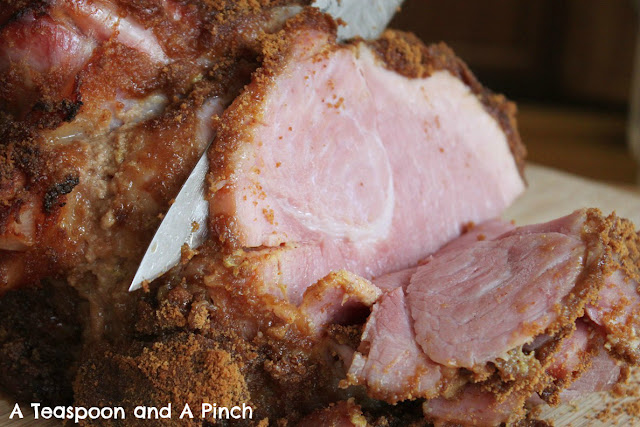 Remove ham from bag, rinse and drain thoroughly. Place ham, cut side down, in a roasting pan. Using a small paring knife or clean utility knife set to the smallest blade setting, score the ham from bottom to top, spiraling clockwise as you cut. (If you're using a paring knife, be careful to only cut through the skin and first few layers of fat). Rotate the ham after each cut so that the scores are no more than 2-inches across. Once you've made it all the way around, move the knife to the other hand and repeat, spiraling counter clockwise. The aim is to create a diamond pattern all over the ham. (Don't worry too much about precision here.)

Tent the ham with heavy duty foil, insert a thermometer, and cook for 3 to 4 hours or until the internal temperature at the deepest part of the meat registers 130 degrees F.

Remove and use tongs to pull away the diamonds of skin and any sheets of fat that come off with them.

Dab dry with paper towels, then brush on a liberal coat of mustard, using either a basting brush or a clean paint brush (clean as in never-touched paint). Sprinkle on brown sugar, packing loosely as you go until the ham is coated. Spritz this layer lightly with bourbon, then loosely pack on as much of the crushed cookies as you can.

Insert the thermometer (don't use the old hole) and return to the oven (uncovered). Cook until interior temperature reaches 140 degrees F, approximately 1 hour.

Let the roast rest for 1/2 hour before carving.

*Cook's note: A city ham is basically any brined ham that's packed in a plastic bag, held in a refrigerated case and marked "ready to cook", "partially cooked" or "ready to serve". Better city hams are also labeled "ham in natural juices". 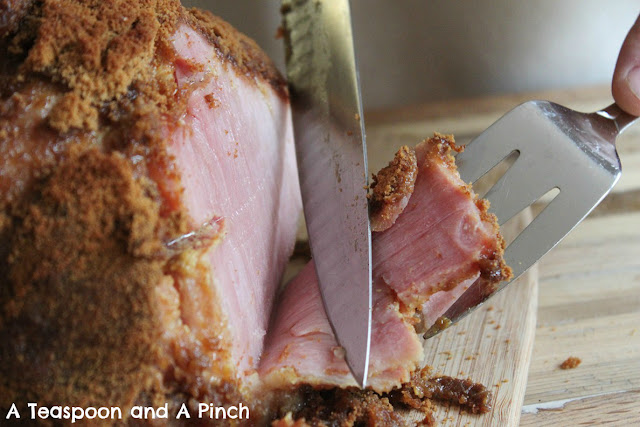 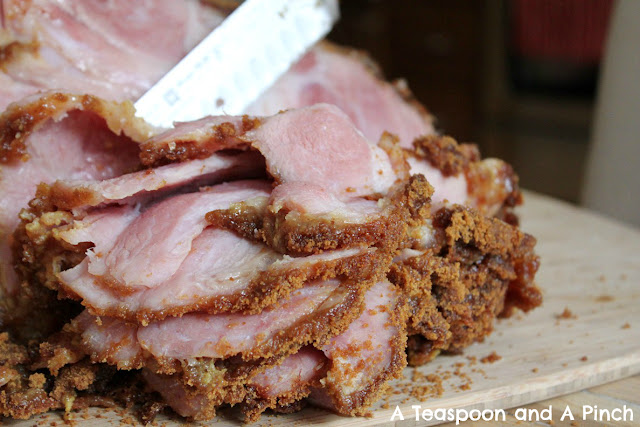 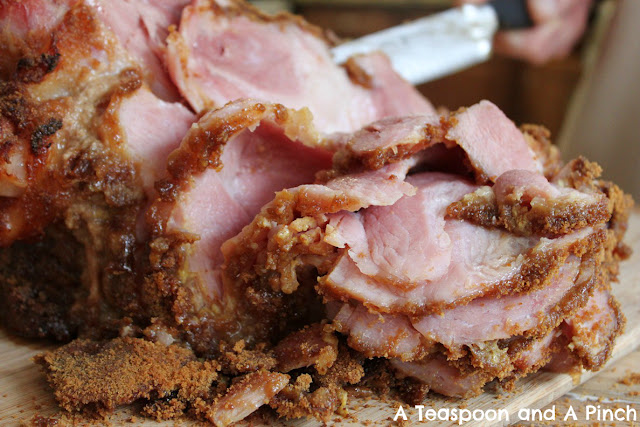