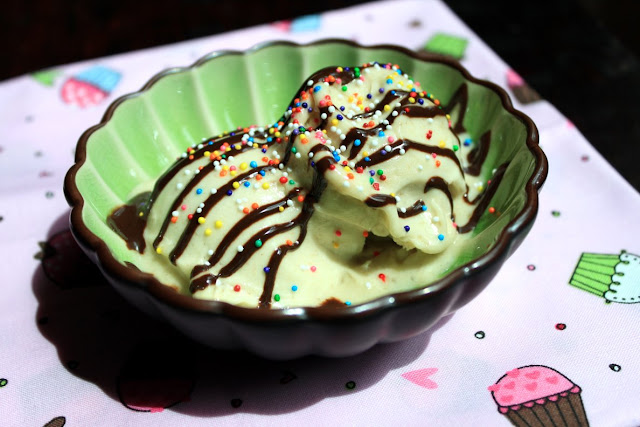 Man, I don't even know where to start talking about this recipe!  I've really been trying to save it for the summer because it's a perfect hot-weather treat.  But, I got impatient and decided to just give it to you now.  You'll forgive my impatience, won't you?  Please?  Yay, thanks!

Ok.  This recipe.  It's made from bananas.  And nothing else.  It seems super crazy, I know.  But I've made it twice now, and it was darn amazing both times, so you'll have to take my word for it.  Because it's made with just that one ingredient - a fruit - there are a million reasons why it's so perfect:  Sugar free? Check.  Nondairy? Check.  Gluten free? Check.  All natural? Check.  Weight Watchers points? Zero.  Along with my fruit rollups, this is an awesome way for me to get more fruit into my diet.

This recipe tastes amazing straight-up, but it's also super easy to mix in flavors.  I've tried it with honey, peanut butter, and cinnamon.  I've also tried it topped with chocolate syrup.  And, then, as I was lying in bed last night, I had the urge to rush downstairs and try it with sliced strawberries folded in.  Wouldn't that be so delicious?  The more I think about it, the more ideas jump into my head that I'm just dying to try.

One-Ingredient Ice Cream
from The Kitchn

Slice bananas into coins and place in a single layer onto plastic wrap and freeze.  Throw frozen banana coins into a food processor or blender, and blend.  Scrape banana down the sides often.  Continue blending and scraping until creamy.  Freeze any leftovers.  Freezing it also makes it a hard, scoopable ice cream, instead of soft-serve.  Makes about 1 1/2 cups. 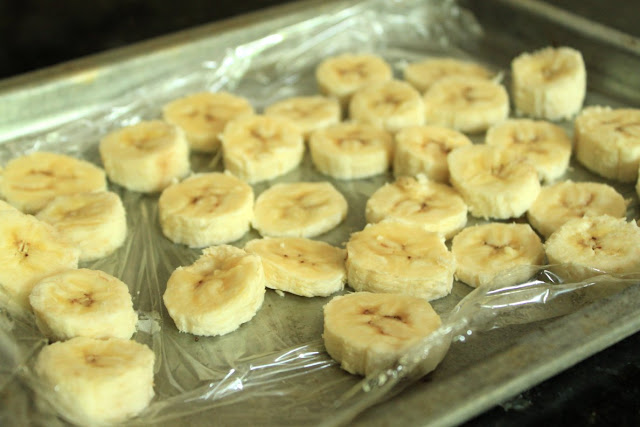 Throw the frozen banana coins into your processor or blender. 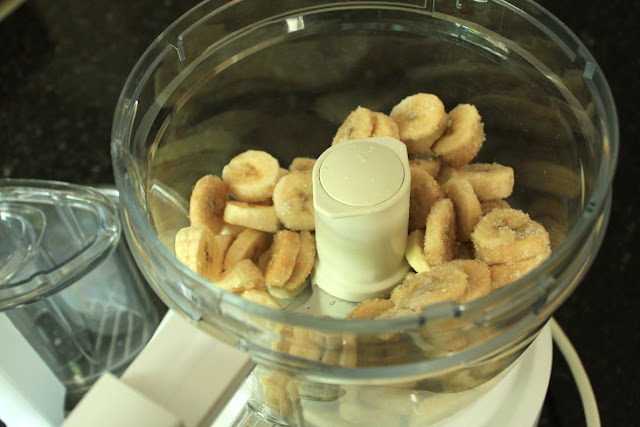 After 30 seconds, it will look mealy and crumbly. 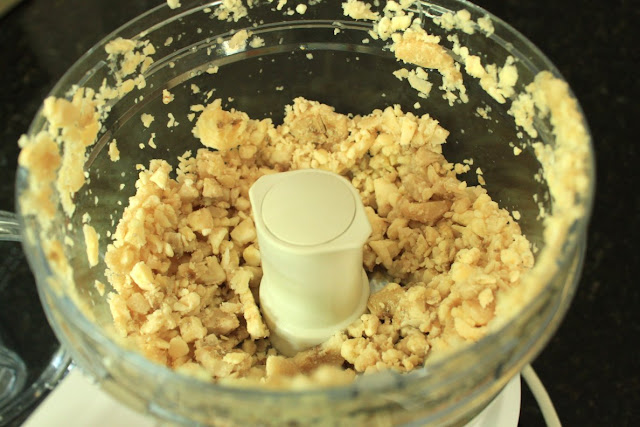 As you continue blending it, the frozen bananas will start to fall in toward the center. 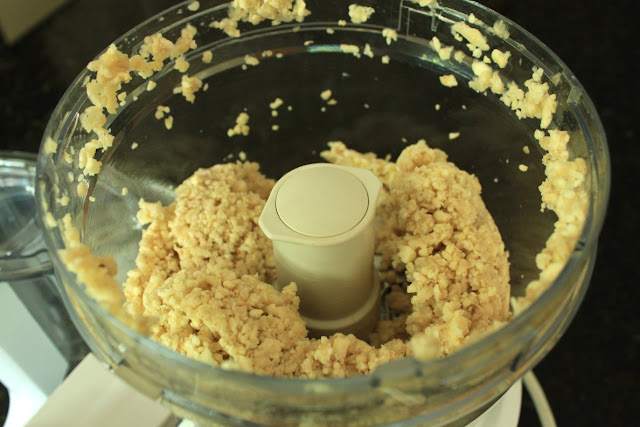 And it will begin to turn creamy.
(If you're adding mix-ins, do it now.) 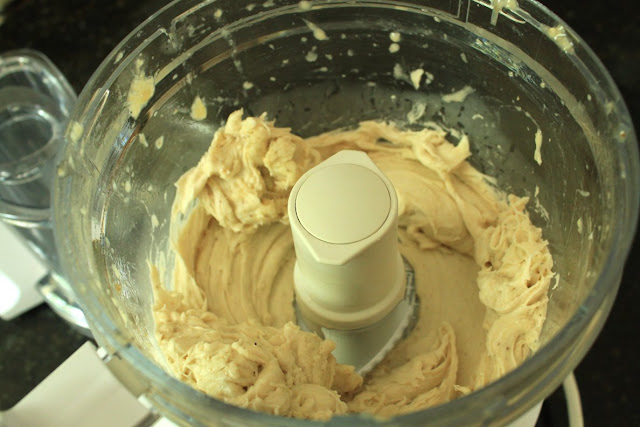 This is nothing but frozen bananas.  Seriously.
Amazing, right?! 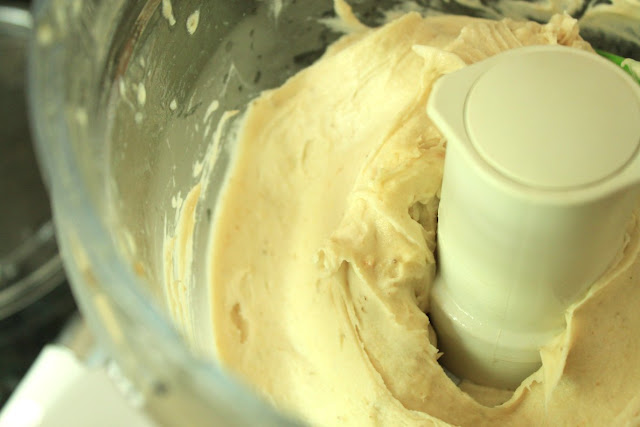 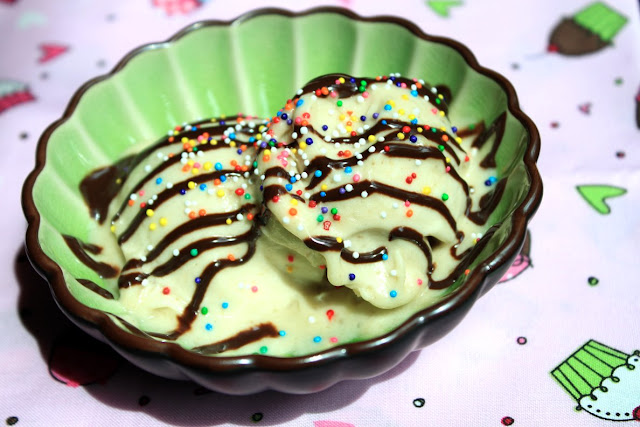