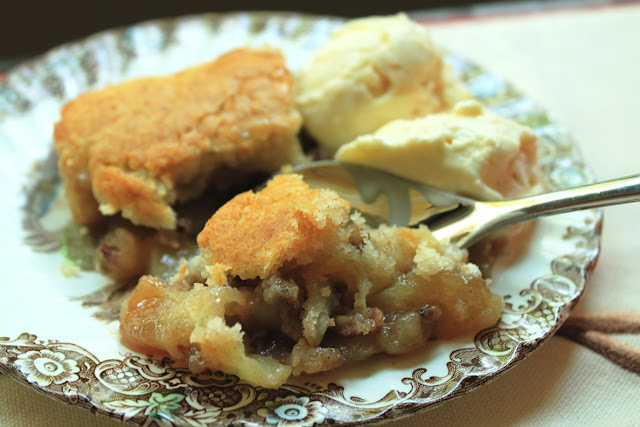 Today's recipe is a lesson for me in being giving and gracious.  It's not normally something I struggle with, but when it comes to recipes, I get so antsy to make them how I want to make them, and I have the hardest time fulfilling an exact and specific request.  Sigh.

Example:  For the past two weeks, while my back has been screwed up, Bo has been holding down the fort, unasked.  He's kept my kitchen spotless, unasked.  He's straightened up the clutter piles in our living room, unasked.  He's insisted that I stay on the floor with my heating pad so that my back heals while he's been keeping my sanity in check.  So, on Saturday, I decided to whip up a cozy dessert for him and asked what he'd choose if he could have any dessert.

He promptly said "Apple Cobbler."  Huh.  I'd never made apple cobbler.  When I think apples, I think apple pie, which is my most favorite.  So, I thought, ok, I can do that.  Then when I started digging up recipes, I found one that was more cakey and looked amazing.  I had a whole conversation with my mom over text messages about how we liked the other version better, even tho Bo had asked for a biscuit style cobbler with pecans.  And then, I finally gave up that thing where I make what sounds good to me and decided to make what Bo had specifically asked for.

And I'm so glad I did.  The first bite he took bopped him right up into heaven, and he absolutely loved it.  It made him so happy to have a dessert all to himself, and it made me so happy that I listened and fulfilled his request.  Giving and gracious with my cooking.  I can do that, you betcha. 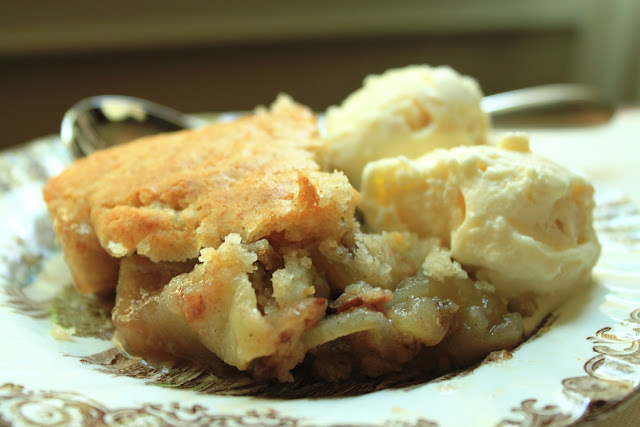 In a medium bowl, whisk together the topping flour, sugar, baking powder, salt, and cinnamon.  Cut butter into flour mixture with a pastry blender or using two forks, until mixture resembles fine crumbs.  Stir in milk and drop by spoonfuls over apple mixture.

Bake for 25-30 minutes, or until topping is golden and apples are cooked through.  You can test apples by poking a fork or skewer into them.

* Or equal amount of peaches or blueberries. 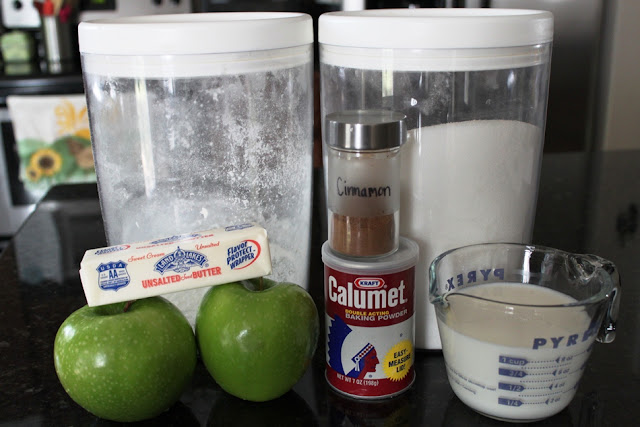 Tip!  Pour water from a large glass measuring cup into your casserole dishes to determine size.
Then mark each size on the bottom with a Sharpie.  No more guessing! 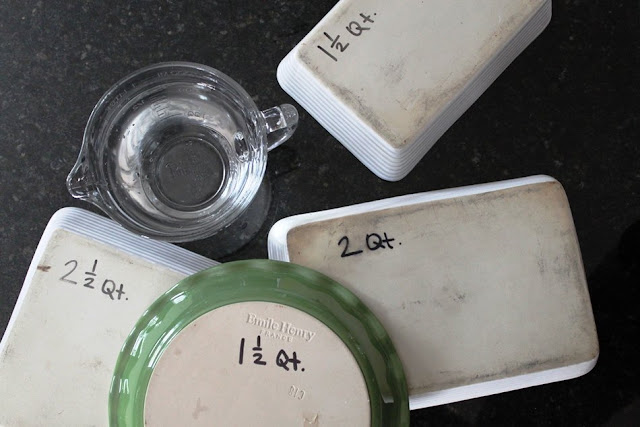 Let me introduce my apple peeler corer slicer to you.
I'm not one for kitchen gadgets that serve just one purpose, but this thing saves soooo much time.
It only takes 20 seconds to peel, core, and slice one apple.  20 seconds! 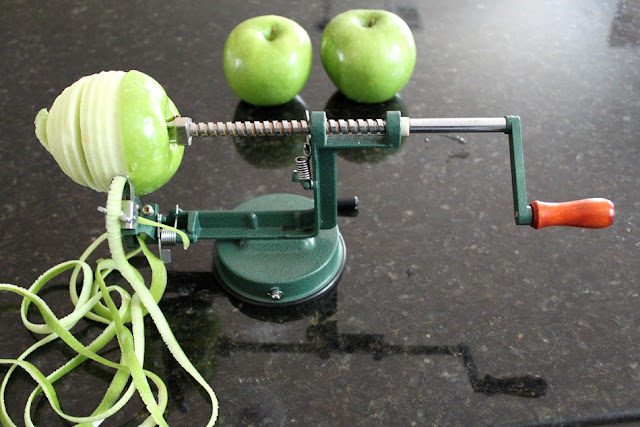 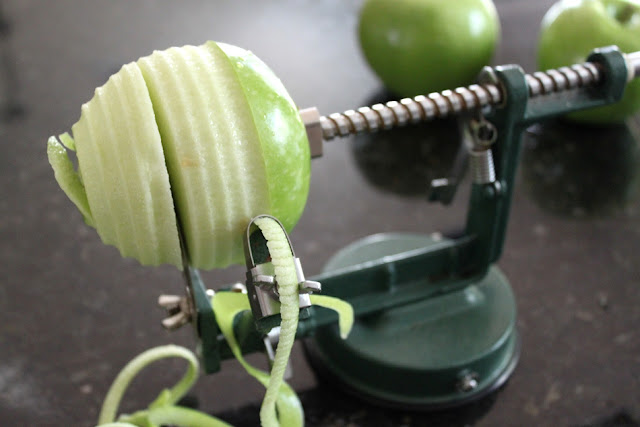 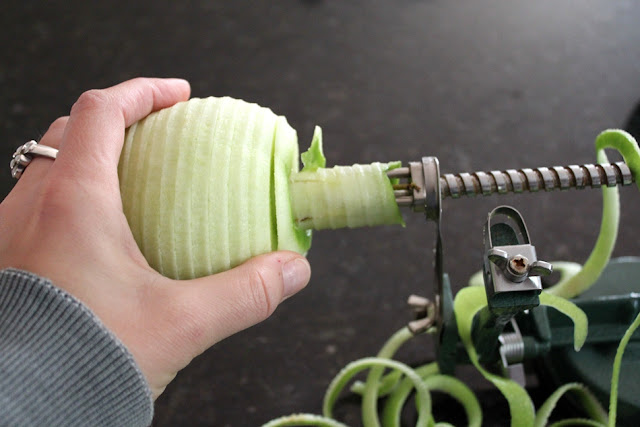 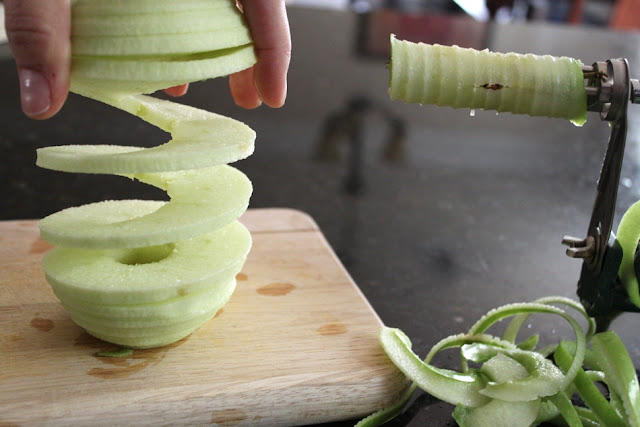 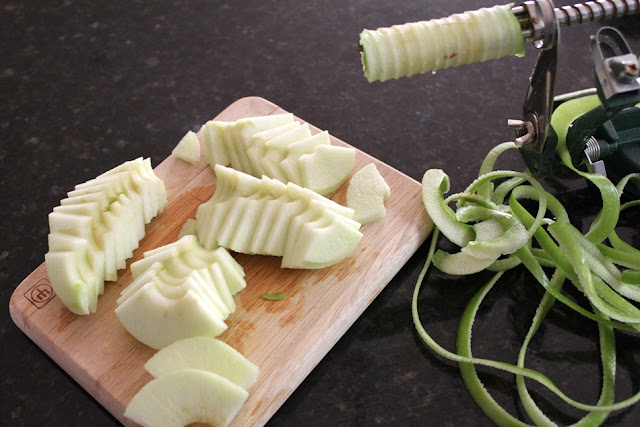 Cut the butter into the flour mixture with a pasty blender or two forks. 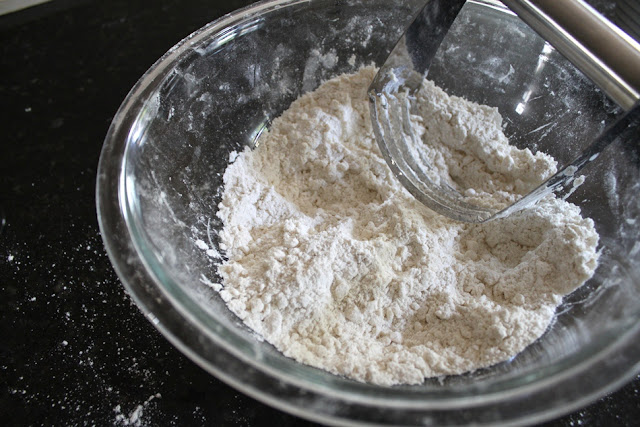 The batter will look lumpy (and icky), but will bake up just fine. 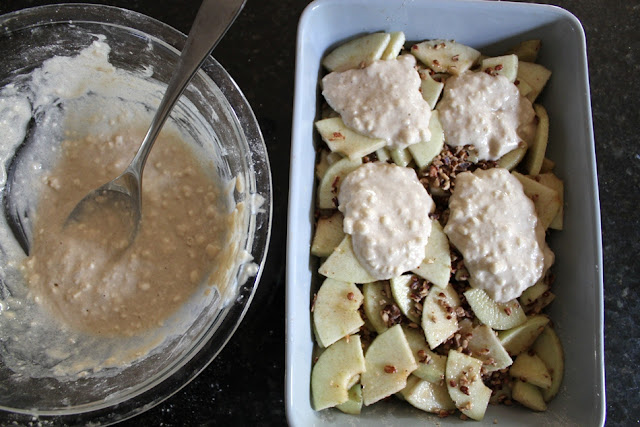 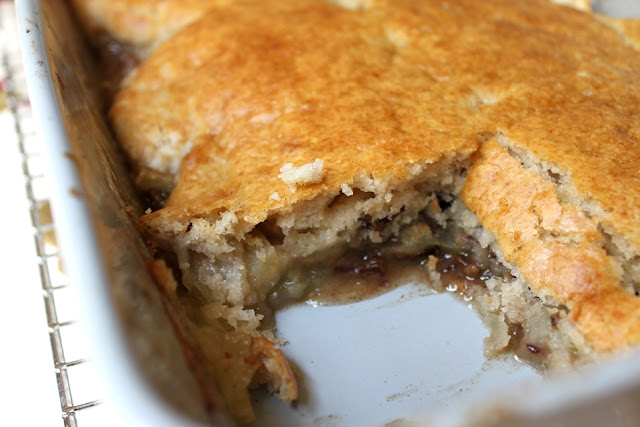 Ben & Jerry's Creme Brulee ice cream is beyond amazing with this! 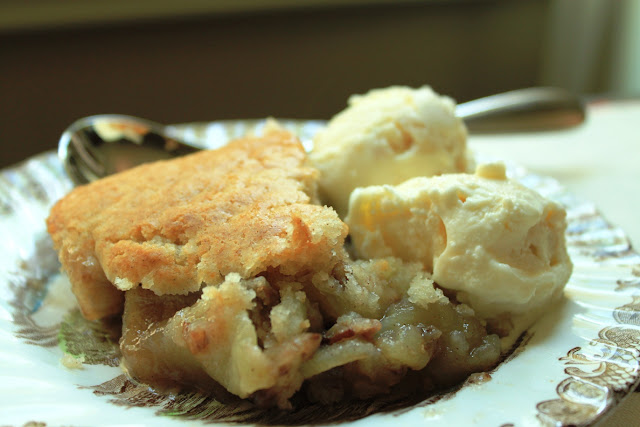