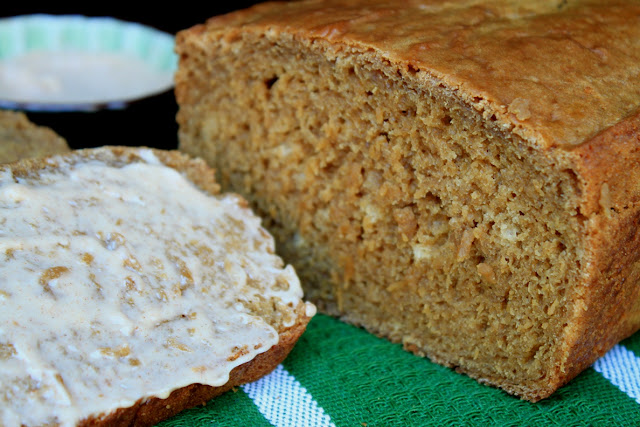 I'm so excited for this St. Patrick's Day recipe!  Last year's Irish Soda Bread was yummy, but this recipe for Guinness Molasses Bread knocks its socks off with simplicity and speed.  I mean, look down there - only six ingredients!  No eggs, no fat, and all you do is stir, pour, and bake.

This bread bakes up tasting like you'd expect - like Guinness and molasses, and it's yummy.  But I'll give you the inside scoop... Toast this bread and give it a thin layer of the Cinnamon Honey Butter, and it goes from yummy to amazingggggg.  I'm not kidding with you, not even a little tiny bit.  Wow.  I couldn't believe how much better it was just by toasting it.  The Guinness and molasses get warm and carmelized and nutty and straight up finger-licking good.

Where the Gold At! 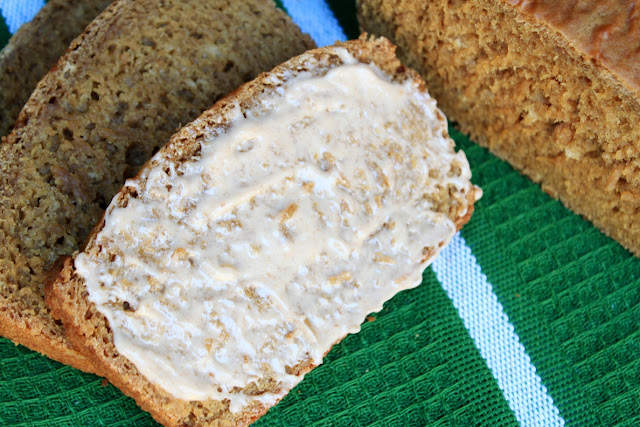 Pour the flour, sugar, baking powder, and salt into a large bowl and whisk to combine. Slowly pour the Guinness into the flour mixture. Start stirring the beer into the dry ingredients, and when you are about halfway done, add the molasses. Mix well, just to combine, without overbeating the batter.

Pour batter into the prepared loaf pan. Bake for 50 minutes, until it passes the toothpick test.  Allow to cool 10 minutes before sliding a knife along the pan edges and popping out to cool on a rack.  Best served toasted with Honey Cinnamon Butter.

* Note: Pub cans are recommended because they have better carbonation. So pour in most of the can and drink the last two sips remaining.

Stir together butter, honey, and cinnamon. Slather it onto every carbohydrate in sight. 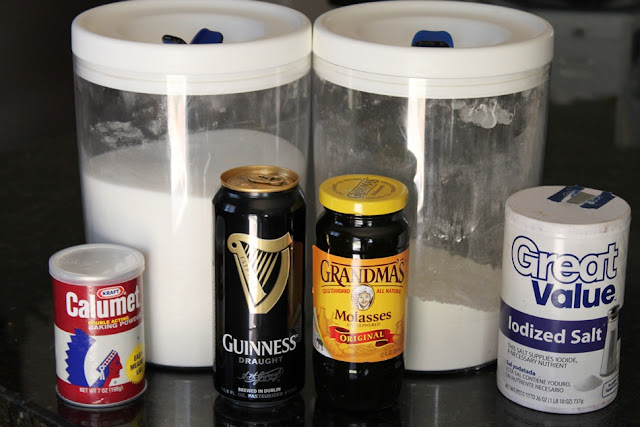 Pour the Guinness into your dry ingredients. 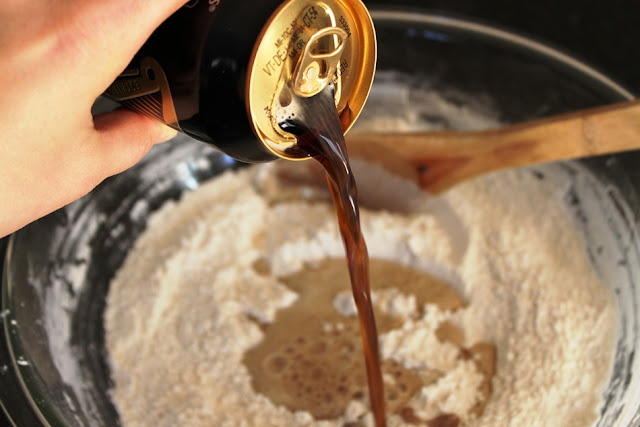 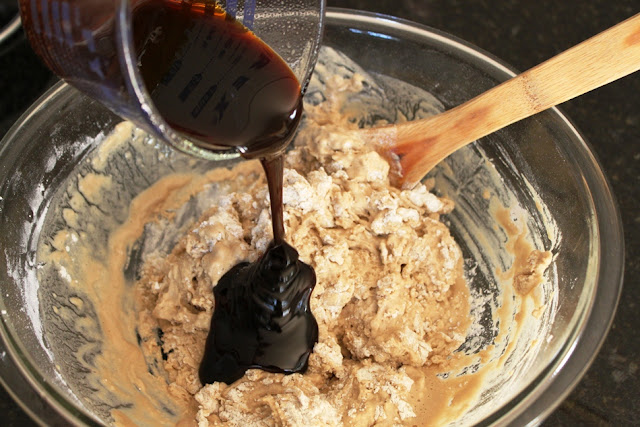 Stir until completely mixed, being careful not to beat the batter too hard. 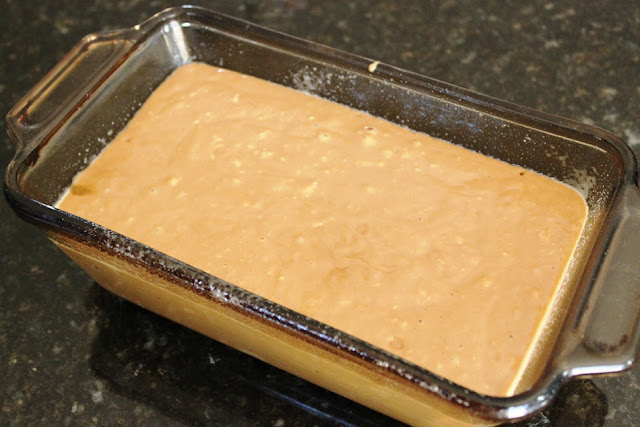 Bake until golden and a toothpick inserted into the center comes out clean. 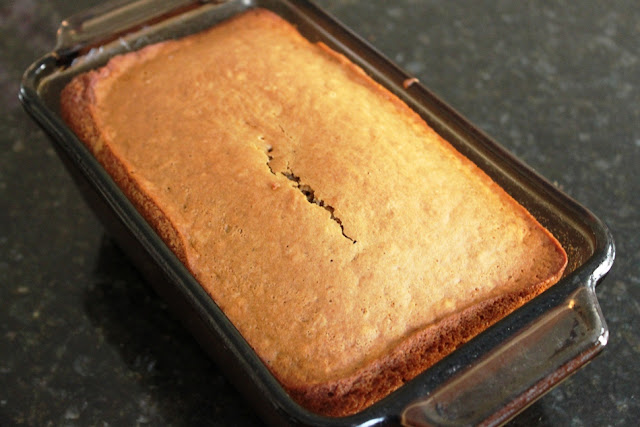 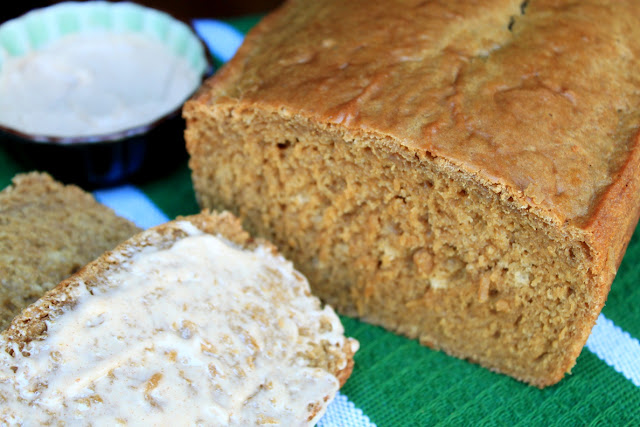 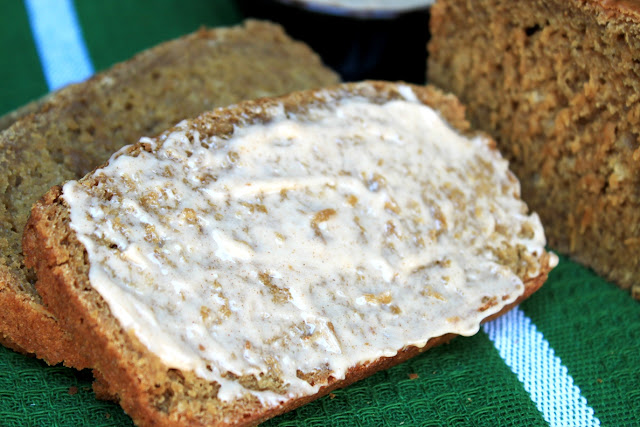