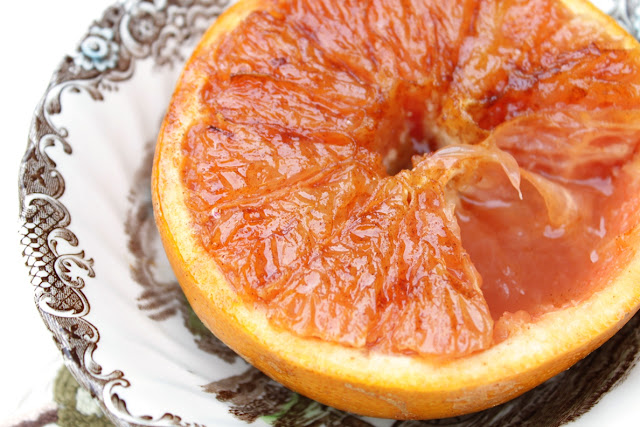 
I was feeling extraordinarily guilty for not having any recipes to post this week, and then the latest viral recipe on Pinterest popped into my head.

And whyyyy didn't I get any recipes blogged up this weekend?  Why?  It wasn't for lack of cooking.  I tried out four brand new recipes this last weekend, and came up with some yummy things to share!  But.  But, it was 85 degrees outside.  Normally, I'm incapable of sitting and doing nothing, but that's exactly what I did out in our back yard both Saturday and Sunday.  So I wasn't in the kitchen during prime daylight photo-taking hours.  And I don't even have a tan to show for it :)

But back to this here recipe.  Did I tell you that I gave up sugary treats for Lent?  I did.  As you might guess, it's been a huge struggle for me.  In the weeks since Lent began, I've had: 1 square of chocolate, 2 Girl Scout cookies, and 2 tablespoons of chocolate chips.  Seriously, that's it!  So, part of me was excited to make this recipe and part of me was scared of the one whole tablespoon of brown sugar on each half of the grapefruit.  It's mind boggling that that's a lot of sugar for me, but that's my reality these days.

And can I tell you - this freaking tastes like warm apple pie with a citrus twist.  Hooooooly, it's tasty!  I mean, we didn't expect much else what with melted butter and brown sugar and cinnamon, but wow it made me happy.  I made myself save the second half for tomorrow, just so that I wouldn't freak out my body's blood sugar levels all at once.  Five bucks says I dream about apple pie tonight!

I May Have Licked the Bowl, 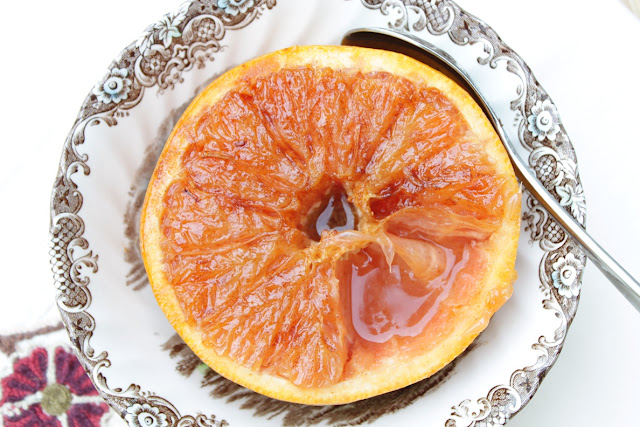 Preheat your oven to broil and position the rack in the top shelf, as close to the broiler as you can get it.

Halve and segment your grapefruit with a serrated knife. You might need to take a little slice off the bottoms so that they don’t roll around.

Mix butter, brown sugar, and desired spices until they form a thick paste. Place grapefruit halves in a broiler-safe pan and smear the butter-sugar paste on top. Broil grapefruit halves for 4-6 minutes, keeping an eye on them and rotating if necessary. Remove from oven and serve warm. 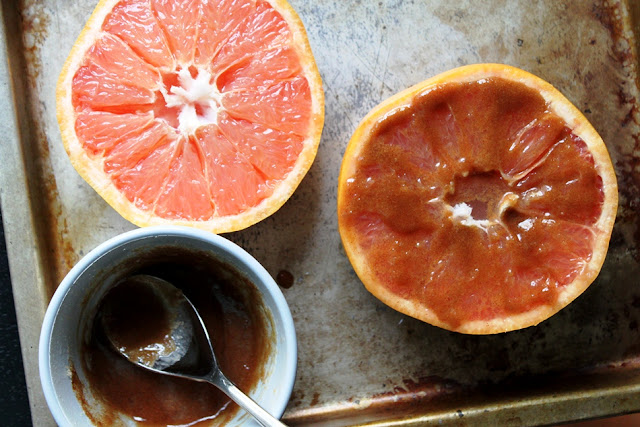 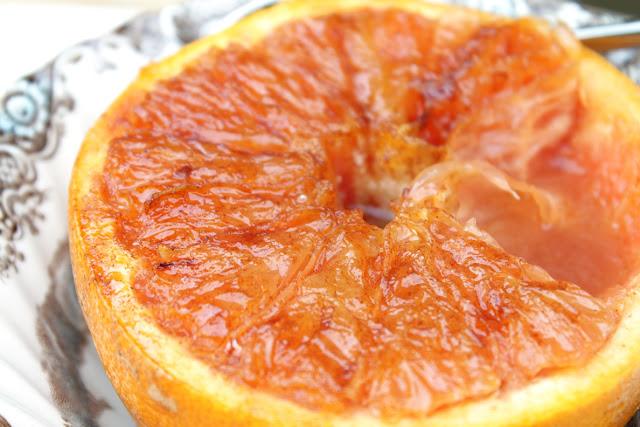