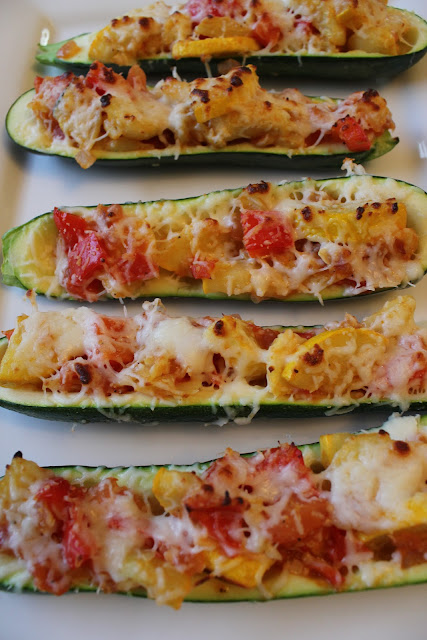 This is the recipe where my 6 year old knows food better than I do.  You see, he loves veggies. He's the son after my own heart. When presented with the above boat - he wanted to eat the entire thing.

I said, "Oh no. I don't think the zucchini cooked and wouldn't taste very good. Let's just eat the filling."

He just couldn't stand not to taste it. He gave it a try and assured me that I was very wrong.

He was right. It was flipping amazing.

When's the last time your children taught you a thing or two about vegetables?

Scoop ball of flesh from the center of the zucchini to create boats; reserve the flesh balls. Preheat a grill to medium high or turn on broiler to high. 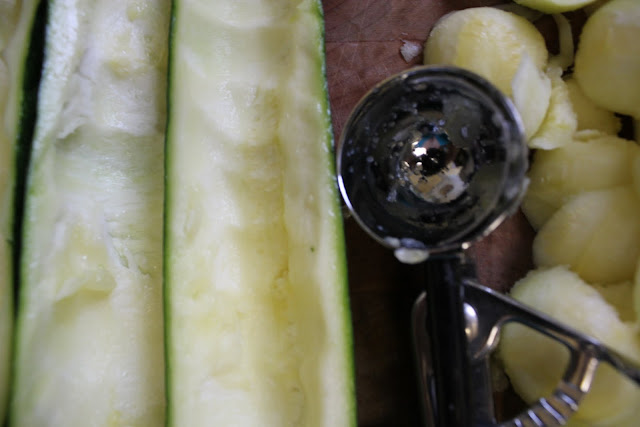 Heat 1 Tablespoon olive oil in a large skillet over medium heat; add the onion and cook for 5 minutes. Stir in the garlic and cook for 1 minute.

Add remaining 2 Tablespoons of olive oil, the eggplant (or squash) and zucchini and cook covered for 8 minutes.

Add the tomatoes and cook, stirring until the mixture is thick, about 5 minutes. Season with salt and pepper. 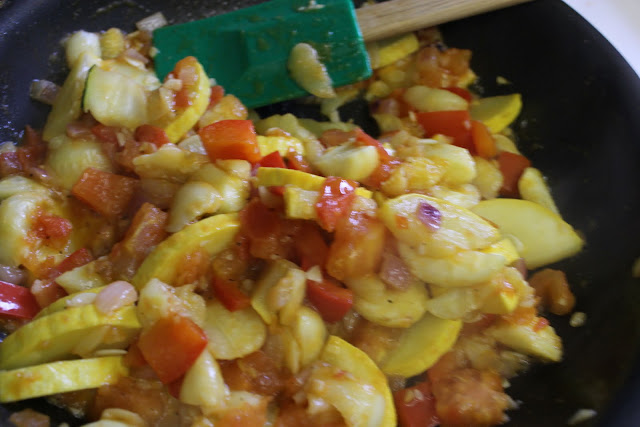 Fill the zucchini shells with ratatouille. 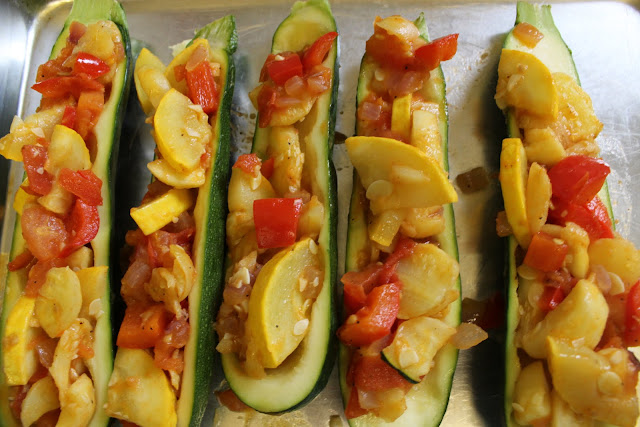 Sprinkle with cheese and grill, covered, over medium-high heat until the cheese is melted and the shells are slightly softened. I put mine under the broiler. 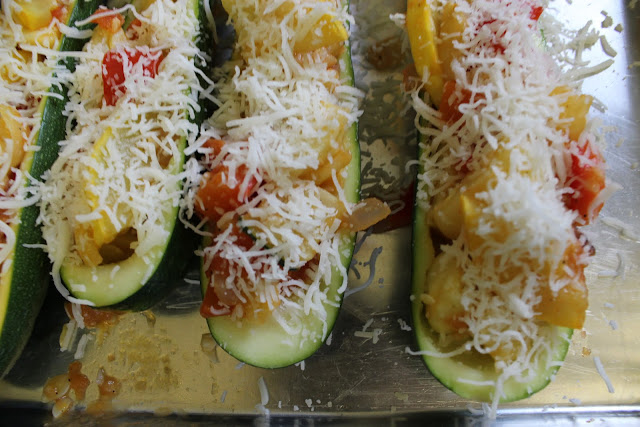 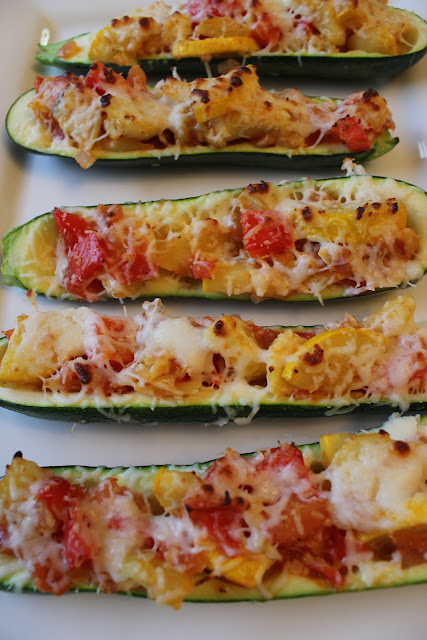 Every week I buy zucchini and yellow squash. Every week we always have it the same way. I slice it, drizzle it with olive oil and salt and pepper and roast it. We like it that way. It tastes good that way. But every week?

Thankfully I tried this recipe. 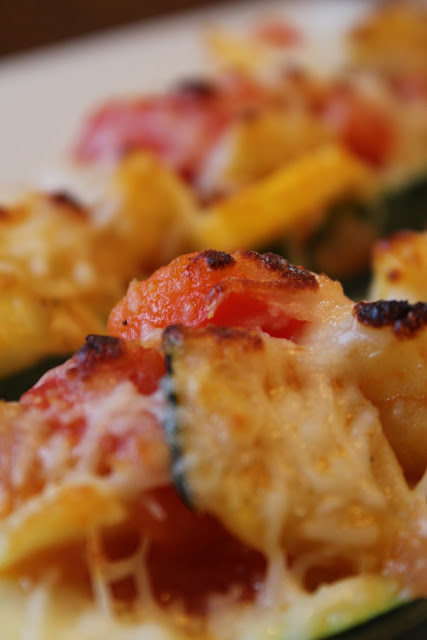