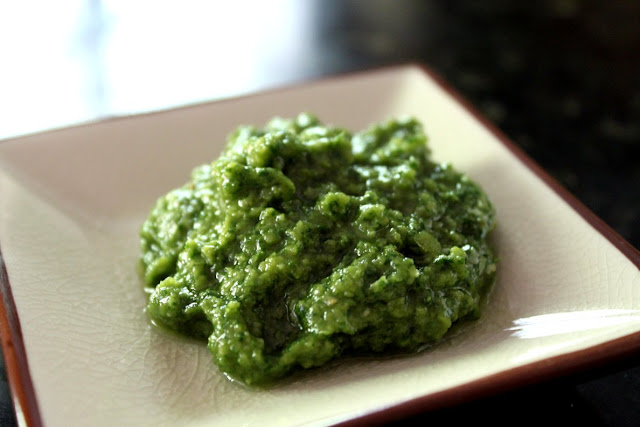 I don't have a lot to say about this recipe other than that it's embarrassingly easy and yummy!  We mixed it into pasta, but it'd be just as delicious over pan-seared chicken breasts or as a spread on a toasted sandwich.  Mmmmmmm.....

But, I do have one matter to discuss:  Nutritional Yeast. This is my first time seeing the stuff, let alone cooking with it.  I've seen it described as "magic hippie dust" on blogs, and now that I've cooked with it, I couldn't agree more - this stuff is magic!  Here's a full explanation of it, but basically, it's a nondairy/vegan/gluten free way to add the taste of parmesan cheese to dishes.  I never eat traditional pesto anymore because of the cheese (I really have to limit my dairy intake, so I usually save it for sweets).  But this pesto I made with nutritional yeast tastes just like the real stuff.  Seriously.  It doesn't taste like hippie anything, I promise you.  The recipe below can be made either full dairy or vegan.  But if you're anti-dairy for whatever reason, I urge you to give the crazy hippie dust a shot.

Place the basil, garlic, pine nuts, and salt into a food processor. Process to a finely ground consistency, scraping down the sides of the bowl a couple of times. Add olive oil and process again, until smooth and creamy.  Add parmesan or nutritional yeast and process again until creamy. Serve immediately or store in the refrigerator for up to 5 days.  Makes about 1/2 cup.

* If you're making this recipe nondairy/vegan:  Nutritional yeast is a delicious addition to this classic pesto and will give it a kind of “cheesy” flavor and a more rich and creamy consistency.


True Story:  I've killed 6 separate basil plants.  We go buy a scraggly one from Lowe's
and after a month of Bo's care, the thing is nearly 2 feet tall.  Go figure. 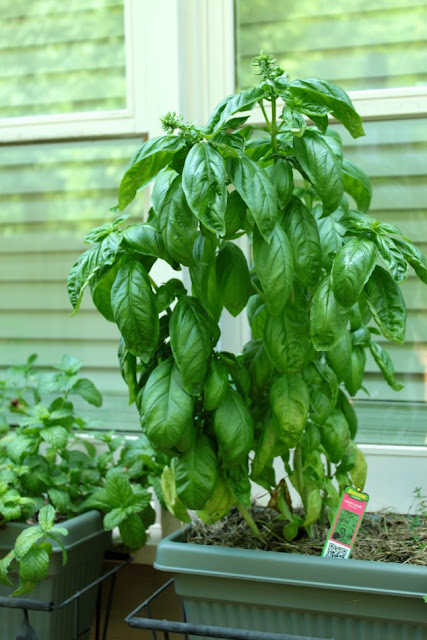 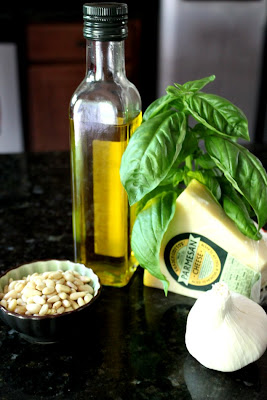 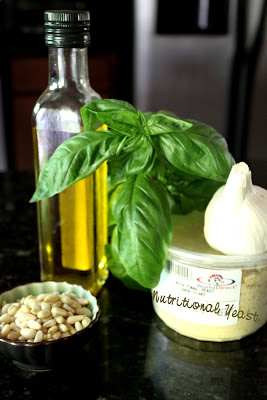 Toss the basil, pine nuts, and salt into a food processor. 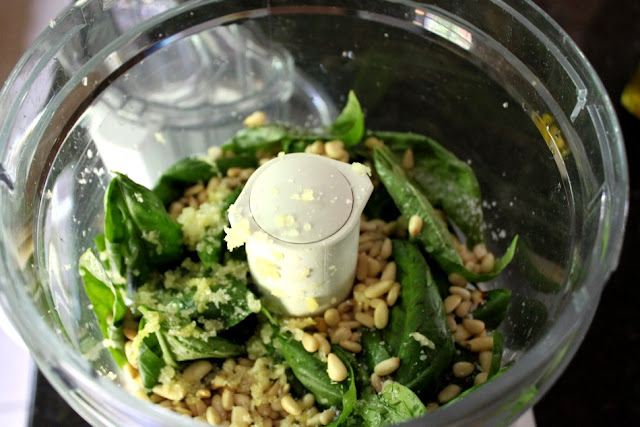 Process to a fine consistency, scrape down the bowl, and add in cheese (or nutritional yeast). 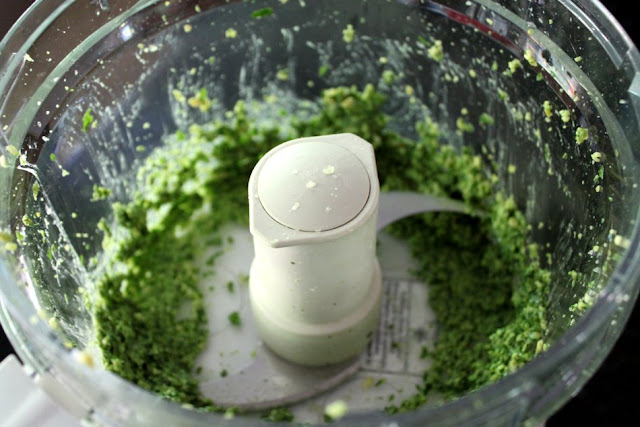 Behold:  Nutritional Yeast.
It sounds wackier than it actually is.  And it makes things taste parmesan-y, yummmmm!! 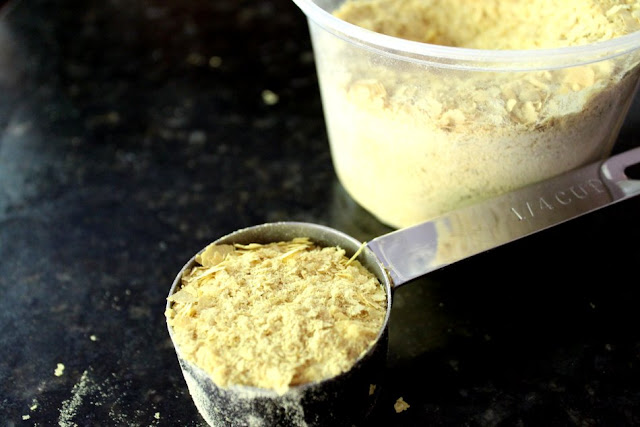 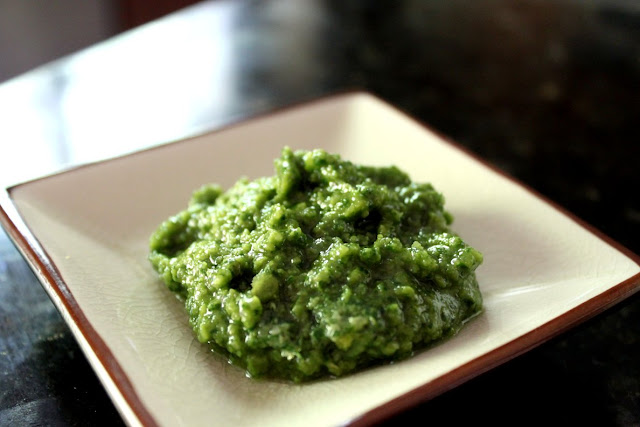