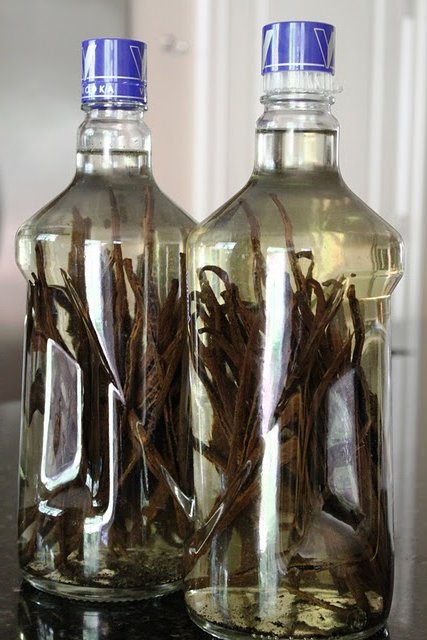 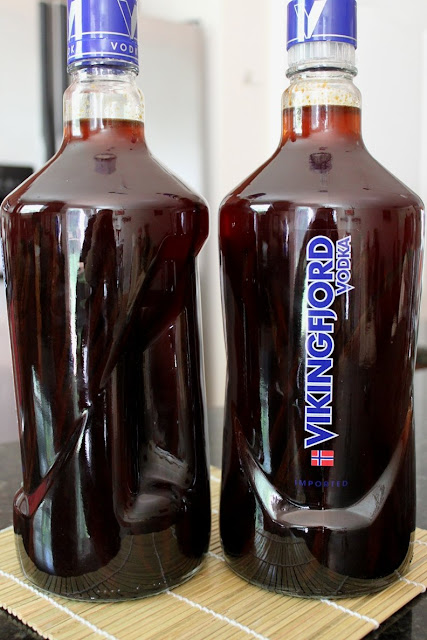 Did you know that it's ridiculously easy to make your own vanilla extract?  All you do is soak vanilla beans in vodka.  Seriously!  My plan is to divide the vanilla into 4oz. bottles to give as Christmas gifts, with cutesy personalized labels.  In the next few weeks, I'll find a site to purchase bottles and lids, but here is the current cost breakdown:

As of right now, the vanilla costs only $1.75 for each 4oz. bottle.  Definitely cheaper than what you'd pay in a grocery store for real vanilla, let alone the imitation stuff.  I'll post my update in a few weeks, so you've got some time to purchased some vodka and vanilla beans.

Speaking of vanilla beans, the ones I purchased online - at Olive Nation - are the plumpest vanilla beans I've ever seen.  Most recipes require soaking the beans for at least two months, but these beans were so juicy, that they flavored the vodka within a month.  Love that!

Annnddddd...!  Olive Nation has offered you lovely readers a discount on their vanilla beans - hurrah!

Just enter discount code tadaa10 at checkout
with Olive Nation for a 10% discount.*


Snip down the length of each vanilla bean to within an inch of one end.  Pour out some of the vodka to make room for vanilla beans and then put them all in the bottle.  Replace the cap, give it a good shake, and store in a cool, dark area of your kitchen.  Shake the bottle once a week.  Vanilla will be ready after one month or so, but is best when allowed to soak longer, up to 6 months.  Filter the vanilla pieces out and funnel into individual bottles.  Will make approximately 14, 4oz bottles.

Part 2 can be found here 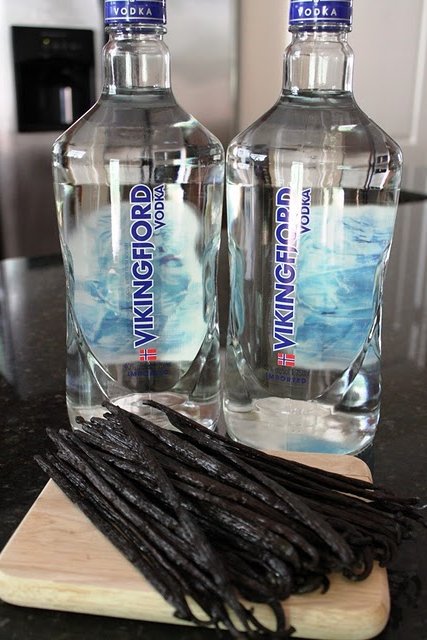 Use kitchen shears (or a clean pair of scissors) to split the vanilla beans down to within an inch of one end. 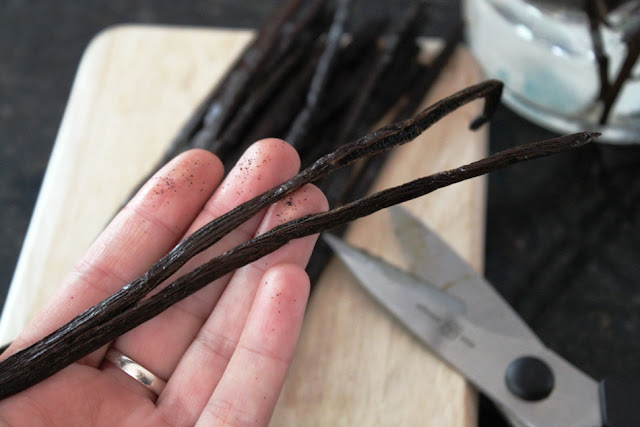 Five minutes later, and the bottle on the right is already turning amber-colored! 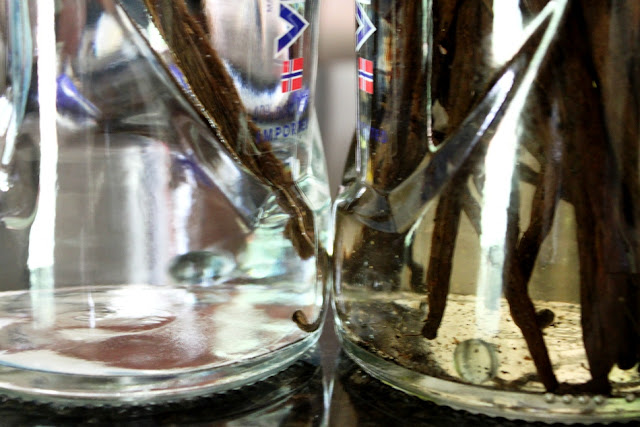 One month later, and it's full blown vanilla extract! 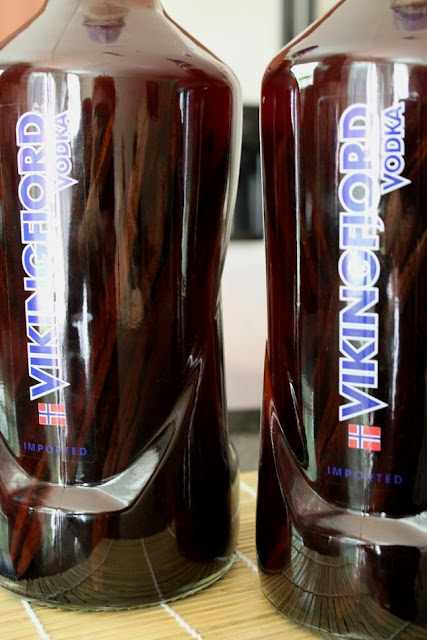 * 10% discount applies to all items, except perishables like cheese, caviar, fish etc.

Posted by Sara at 7:00 AM
Labels: baking, Gift of Food, make it from scratch, nondairy, sara, vegan, vegetarian